Nanosilver in food supplements could potentially harm our cells

Nanosilver in food supplements could potentially harm our cells 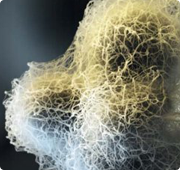 Danish researchers from the Southern University of Denmark have now demonstrated that nano-silver can damage human cells. Many supplements contain nanosilver and it is this exposure that Danish Food Authorities now warns Danes against. The European Food Safety Authority (EFSA) recently concluded that there is insufficient knowledge to determine whether nanosilver is dangerous or not. But it may test results from the Danish research may change as they greatly suggest that nanosilver is harmful.

Nano Silver is also used as an antibacterial agent, for example sportswear, so it might be a good idea to bypass the clothes that are labeled with words such as "odorless".

Generally, nanomaterials have yet to be sufficiently tested and therefore labelling of products that contain nanomaterials should be labeled according to the Danish Ecocouncil and the Danish Consumer Council